So, you speak “Chinese,” but what dialect? I’m from Boston, you’re from Los Angeles, we speak English differently but is it two different dialects? Do residents of Montreal speak a different language from those French speakers in Paris? All these questions and more surround two keywords: language and dialect.

The image above is from Bamako, Mali! Visit our log in page to see amazing images from every country on the planet.

Are these two the same thing? They seem to be used interchangeably by many people, which many of you reading might agree with. A lot of academics, on the other hand, would take some umbrage with that more simplistic viewpoint. Like telling us the difference between a rabbit and a hare, it is often something that we lowly mortals can’t appreciate on the surface but the academics may enlighten us on via their own greater insight.

🔭 Let’s Start with the Simpler View

The simplistic view of the two terms is that they are the same thing in different forms. A dialect is a spoken-only form that exists only in the minds and mouths of its users. There is no formal status, nor any formalized grammar, spellings or similar structures that help to promote a dialect to the “higher” status of what we call language. A language, therefore, is a more evolved form of dialect; one that exists with a formalized written form as well as a spoken one.

The subject of language, however, is always a touchy subject. Speakers of a certain dialect may be terribly offended if you refer to their mother tongue as something “mere” compared to a more codified or formalized language. To them, it is the norm and it is an integral part of their identity.

As you might expect, the academic perspective on this topic is a lot more nuanced and complex. The general view of linguists is that we could reasonably say that there is no difference between language and dialect per se. How is that different from the simpler view? The more academic view is that there is no such thing as a “language,” but rather near-infinite different shades of dialects that we understand or we don’t, depending on our own background.

According to this view, we live in a world filled with the enormously complex sounds of human speech and communication, and this is all that really matters. Any distinction we try to make between these dialects and a so-called more standard “language” just fall down before the strength of academic evidence, they say.

As it happens, national pride is a huge source of the apparent distinctions in dialect that we hear around the world. For instance, it’s always interesting when learners of Danish, Swedish and Norwegian come together to compare notes. They may find that they are all three of them studying the same basic language, just a slightly modified version of it. They may equally discover that if they started talking to each other, each using the language they are studying, they will likely have no trouble at all communicating.

Another example in Europe is the Flemish language of northern Belgium and the Dutch language of the Netherlands. Presented as two languages; Flemish and Dutch, and yet its speakers can talk to each other and understand each other quite freely.

Why not simply call these things by a common linguistic name, then? Why not call Flemish/Dutch simply “Low-Country Speak” and Swedish/Danish/Norwegian as simply “Nordic,” or “Scandinavian.” The distinction, as it happens, is a matter of national identity and a point of pride. That’s why people continue to make the “dialect” distinction, even for the same language that is just peppered with a few cosmetic differences.

In reality, it doesn’t matter a great deal whether you follow more the common or academic view of language versus dialect. Perhaps a more important point is that language learners shouldn’t automatically dismiss “dialect” as a mere minority of a greater more central “mother” language. Quite often, dialects are distinct enough to become a study-worthy language in their own right.

Take the dialects of China, for example. The idea of a “Chinese” language seems logical on the surface, and we even give it a name: Mandarin. China as a country and geographical area, however, is littered with countless other dialects, some major enough to become points of academic interest to language learners. The largest among them is arguably Cantonese, spoken by some 120 million people in Guangdong province and Hong Kong, not to mention other areas surrounding there in Guangxi, Fujian and Hainan. While sharing a common writing system, the dialect is distinct enough to even force speakers of Mandarin from Northern China to take conversion lessons in order to speak and understand it.

To conclude, let’s agree that language and dialect are closely related. A good way to understand it is that all languages contain dialects, but not all dialects are full and entire languages unto themselves. The important thing is never to dismiss a dialect as less valuable. If you’re planning on living or working in a certain location in the world, like Shenzhen or Guangzhou in China for instance, then Cantonese will serve you infinitely better than even the majority language of Mandarin.

Whatever language you’re studying, there’s a very good chance that the government of a country where it is spoken has created, sponsored or at least approved of a 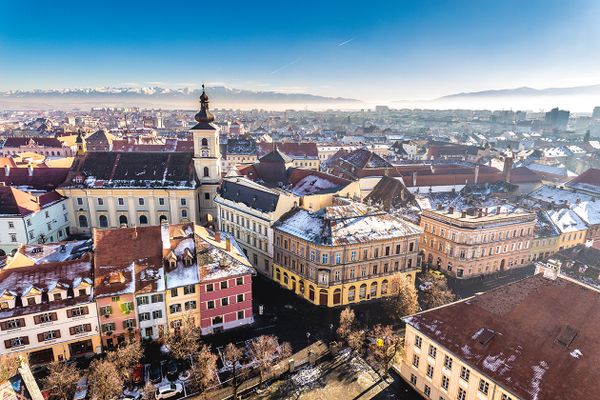 One hundred words learned and banked this week! We all feel a great sense of achievement as we get to the end of a week having learned a clutch of