Hello! My name is Birame Deck Ba, I am Senegalese, native French speaker and I am 27 years old. I am from a west African country called Senegal, where I was born and raised. I have lived in 3 different Senegalese cities, but my childhood one is called “ Sine” and it is a rural area; located in the center of the country. Senegal is bordered by Mauritania in the north, Mali to the east, Guinea to the southeast, and Guinea-Bissau to the southwest. Senegal also surrounds The Gambia, a country occupying a narrow sliver of land along the banks of the Gambia River, which separates Senegal's southern region of Casamance from the rest of the country. Senegal also shares a maritime border with Cape Verde. Senegal's economic and political capital is Dakar.

I currently live in Casablanca, Casablanca or the white house is the largest city of Morocco. Located in the central-western part of Morocco bordering the Atlantic Ocean, it is the largest city in the Maghreb region and the eighth-largest in the Arab world. Casablanca is Morocco's chief port and one of the largest financial centers in Africa. According to the 2014 population estimate, the city has a population of about 3.35 million in the urban area and over 4.27 million in the Greater Casablanca. Casablanca is considered the economic and business center of Morocco, although the national political capital is Rabat. Recognized as a vanguard city in terms of urban planning, Casablanca boasts a significant art deco heritage that the city council, along with associations, have undertaken the task of better showcasing. The good quality road and railway infrastructure connect you to the Kingdom’s major cities in just a few hours.

The city also promotes mobility: in intracity Casablanca, in addition to having a very dense taxi and bus network, the tramway provides a quick and safe way to travel from one end of the city to the other by avoiding traffic jams, and its network covers the working-class neighborhood of Sidi Moumen all the way to the beach in Ain Diab.

My family is divided between Morocco and Senegal. My mother lives in Dakar while I am in Morocco as my sister.

My preferred meals are the spicy ones! If it is spicy there is 99 percent for me to like it, but I also enjoy dairy products. The Senegalese national meat is named "Thieb Dieun," it is white or red rice with fish and vegetables etc. If you have to eat only one meal in Senegal, it should be "Thieb dieun’’!

Here's a video we found from a cool channel that's all about cooking Senegalese food! We're going to try some recipes out ourselves this weekend

There are also many places that you can visit in Senegal like “ ecolodge lompoul” if you want to live in an ecologic hotel, in the middle of Lompoul desert, or The “Fathala Reserve” if you enjoy walking with lions. Literally, you can walk with them in their environment, just as when you walk with your pet.

Gorée Island is also a touristic and memorial place where you can learn a lot about slavery in Africa through the slaves house.

When I am not working I enjoy browsing social networks, jogging and going out with friends. Traveling and visiting new countries is also an area of interest. Thanks for reading and I hope we see you soon here at LanguageConvo! 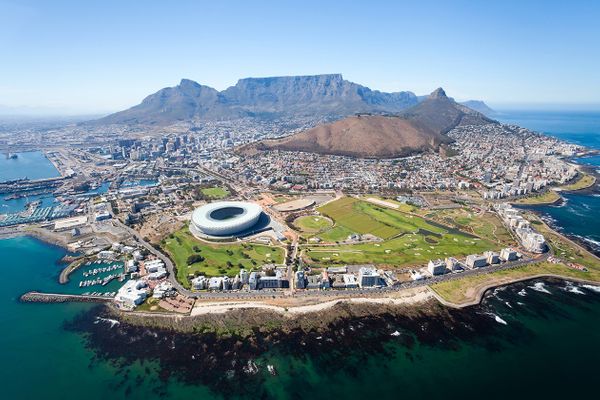 Regular language practice with native speakers will always be the best strategy when it comes to learning a new language. This will never change. That doesn’t mean, however, that

Learning a new language is an exciting prospect. For some, it can prompt them to begin their language learning at a million miles an hour --- studying for several hours